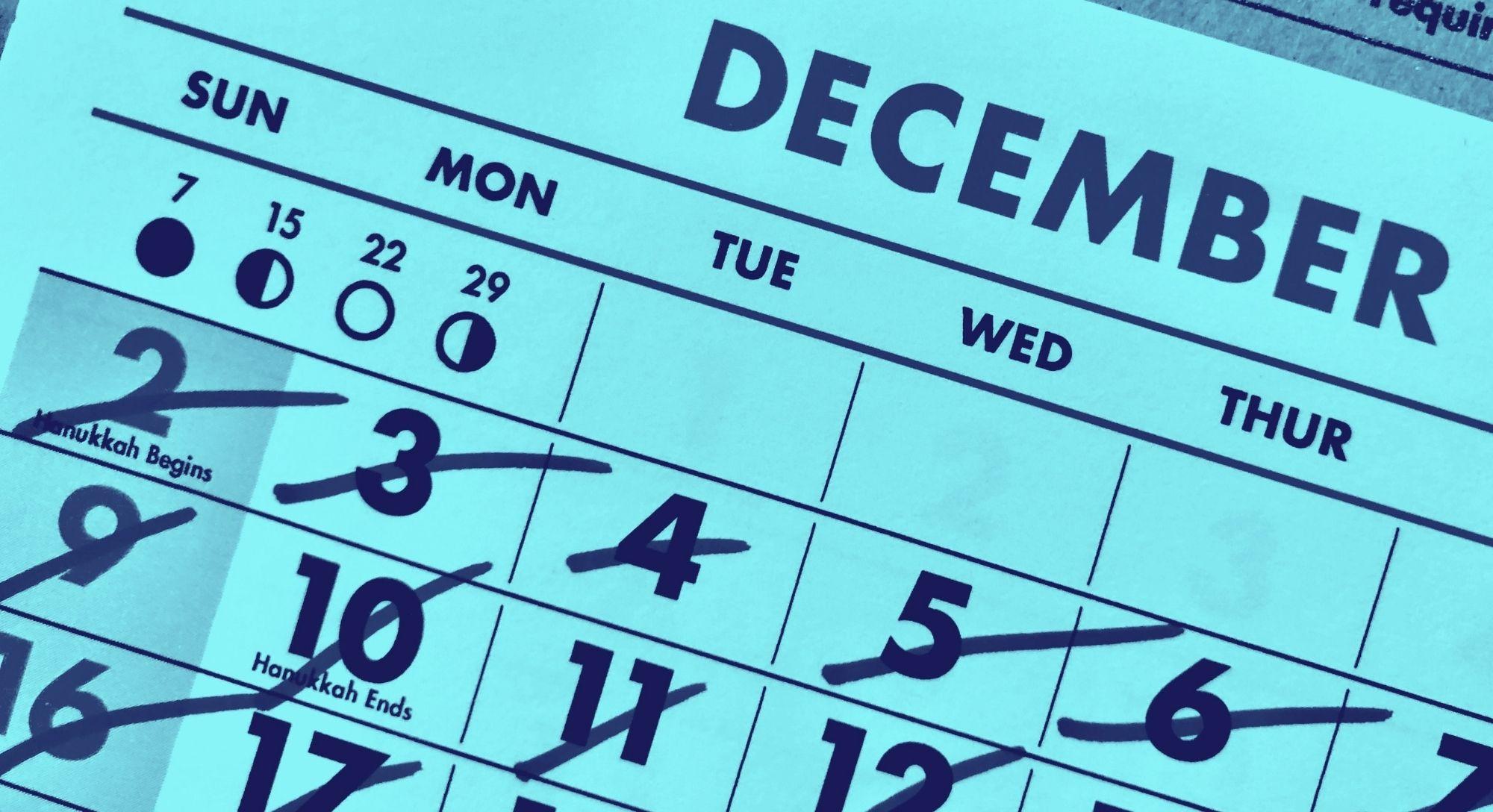 Is now the moment for the four day work week?

The idea does seem to be gaining some steam, in part because of COVID. Before we get into that, though, we need a brief history lesson.

In 1930, John Maynard Keynes -- a famous economist -- predicted that, by 2030, we’d all be working 15-hour weeks. While Keynes was no doubt an intelligent guy, he had no way of predicting what would happen with globalization and technological innovation, and those are some of the major factors that have driven the length (in hours) of the work week up over the past few decades.

COVID is an interesting case study in the advancement of the four day work week, however. First of all, there are inherent issues of safety. Do people want to be in a crowded office, or would they prefer A/B type models post-vaccine scaling whereby people come into the office on designated days? That could very directly lend itself to four day work week models.

Plus: COVID shone a (largely) drastic light on class divisions around work. It’s much easier to get set up in a work from home context if you have additional bedrooms, dedicated space, childcare options, and a large home. Not everyone has that. As we’re all somewhat re-evaluated our relationship to work and earning and seen how interconnected the economy is, there’s been a bigger push for the four day work week to be embraced.

After all, working from home and the four day work week seem like close cousins.

Former U.S. Presidential candidate Andrew Yang has been bullish on the idea, talking with sociologist Jean Twenge about it on a podcast episode. Gizmodo noted the climate change benefit from a four day work week, and The National Post referred to it as a “way to save Canada” post-COVID.

Even before COVID changed our connections to some ideas about work, the four day work week had some political backing. Finland’s Prime Minister, Sanna Marin, stated her support for “a four-day week or a six-hour day with a decent wage” in August 2019, while she was still her country’s Minister for Transport: “I believe people deserve to spend more time with their families, loved ones, hobbies and other aspects of life, such as culture. This could be the next step for us in working life.”

Also in 2019, the British Labour Party -- who would unfortunately go on to lose most of their elections that year -- noted the four day work week as a means of “transforming lives [while] having enough to get by. Not just to scrape by, but to live a rich and fulfilling life.”

New Zealand's Prime Minister, Jacinda Ardern, had encouraged businesses that are "in a position to do so” to adopt a four-day workweek.

In the United States, the four day work week has been very slow to catch on, although some companies have seen great success from it. And that overall is sad for U.S. citizens, because In 2017, a U.S. Bureau of Labor Statistics report found that from 1987 to 2015, productivity rose by as much as 5% annually in industry sectors from information to manufacturing and retail — but compensation never grew by more than 2% in each year of that same period.

We might be at a tipping point now, however. This could be the moment for the four day work week to scale.

This question varies by organizational model and team culture, although in most of the large experiments people reference regarding the four day work week, the results are positive. Some are in the statistics section at the top of this post; one of the most notable examples of the past half-decade is Microsoft Japan attempting a four day work week in 2019.

Here’s what happened with the Microsoft work week experiment:

In part inspired by Microsoft’s results, Spain has considered a mandated four day work week for 2021 and beyond.

Again, though, it’s important to remember that Microsoft was already a tech-friendly organization with established processes and management structure (the company has been around over 40 years).

The company has a tremendous amount of resources, both fiscally and in terms of human capital, to make the four day work week plan more manageable. An average small- or mid-sized business can still implement such a plan, but it won’t have the same resource base, and that’s important to pull out here.

We can’t just celebrate big technology companies for doing something different, because they have the ability to iterate in a way that other companies don’t, often.

Four-day work week: "I don't waste my holidays on chores"

That's the headline of an article in BBC about a report from Autonomy on the possibility of a four-day work week, calling the idea "a radical and pragmatic proposal."

That's a very notable point often brought up in defense of the four-day work week: it's easier to get chores and basic life responsibilities done on days when others are, well, at work. This has been different in COVID times (and many of those places you'd be doing errands might be closed as is), but in general, it's easier to get errands done on days when others are often at work.

A look at the Autonomy report on the 4 day work week:

The overall Autonomy report, based on 50,000 UK firms, found that:

Coupled with the potential of raising prices, those companies felt they could weather COVID-related storms (or general business fluctuations), and as such, they'd do less layoffs. Employment numbers would be more robust.

Similarly, The Guardian has many stories of four-day work week success, including that of Target Publishing. Because of sliding advertising sales during COVID, the owner cut pay for 30 employees by 20%. Correspondingly, as they were receiving 20% less pay, they could work four days. They were so much more productive that, in July, the owner was able to reinstate full salaries -- and keep the four day work week, which employees clamored for.

But it can work at shops above 30 people too. Unilever, which employs about 150,000 people globally, is trying a four day work week experiment at its New Zealand location, which is the type of large-company endorsement (along with Microsoft, above) that the idea needs to gain more traction.

In both cases, these are pilot projects expected to run 12 months and have key metrics tracked. Segueing now, what metrics or areas of a company might improve from the four day work week idea?

What areas of a company would a four day work week seem to benefit the most?

‍
The most notable ones are around mental health, burnout, and productivity, including:

Logistically, how can you implement a four day work week?

There are different approaches.

Examples of what a four day work week could look like:

One of the easiest is to shift to 4 x 10 (10 hour workdays, adding to 40), which some companies do, or 4 x 8, because I believe 32 hours is the lowest number of hours for health insurance in countries such as the USA.

Now, on a 4 x 10 model, the days do need to be staggered. If you have clients or customers, and you give everyone in your organization Friday off, well, those clients/customers may still have questions or needs on a Friday, and you want someone available to deal with them.

You could design A, B, C, and D teams and each team could alternate taking a different day off every week -- so, for example, each team might get two Mondays off and two Fridays off, but that ensures there is coverage on the other Mondays and Fridays in case clients have needs.

A more low-key approach to the four day work week is to tell employees they don’t have to come in on specific days, but encourage “coverage pockets,” whereby certain members of a given team check their email every 2-3 hours to make sure there are no major client or customer issues.

This is a less-formalized approach, but it still means employees can plan to be off the work grid and make plans aside from a few check-ins.

You should mix up the A-D models, because you don’t want just the Operations team being in-office on Wednesdays. While that might be beneficial for the boss of the Operations team, you want to create interaction across silos so that people can get access to different information.

What are the downsides of a four day work week?

The primary downside is honestly in terms of Industrial Age management thinking, that if people aren’t physically present, work won’t be getting done and key client/customer relationships could suffer.

While that is a potential concern, and organizations have long had problems with it, it’s also the same logic that kept talent management tethered to a few HQ locations for generations.

Now, with COVID and the explosion of remote work for knowledge workers, we’re increasingly seeing that physical location doesn’t matter as much as your ability to get work done successfully. It’s the same logic jump that needs to occur in management thinking to scale a four day work week.

A four day work week does not mean people are slacking off or working less, or anything of the sort. Instead, it means they are still putting in 32-40 hours of work, but taking time to recharge themselves and invest in relationships, which means the organization gets a better version of them coming to work -- often one who is happier, more well-rested, and less-consumed by the day’s tasks. Sparks of creativity and innovation can fly in such employees.

The biggest shift is management thinking, then. It’s not people demanding to work less, or the demise of work ethic. It’s just a different way to conceptualize how we work given how much technology currently aids us in work as is.

Plus, an April 2014 paper called “The Productivity of Working Hours” found that 55 hours of work per week was essentially a hard ceiling on effectiveness.

Someone who works 54 hours/week and someone who works 80 hours/week have very similar outputs. We don’t mean to insult Elon Musk’s 120-hour work week, as it works for some people apparently, but much social science research of the past few decades has shown that we could all do with working a bit less.

How to negotiate a four day work week with your boss

The bottom line on the four day work week

It is achievable, and organizations have already shown it. It might not be achievable for every business model under the sun, but it’s doable for most -- and, one thing we hadn’t mentioned yet above but is tangible to discuss is that a four day work week can very well help create jobs.

Some of the jobs are part-time or temp “coverage” roles for people taking their fifth day off, but it’s nonetheless paid opportunities for someone at a time when millions are still unemployed globally.

The biggest shift in thinking on the four day work week typically needs to occur at the management (upper and middle) levels, so prepare pitches and presentations that are data-driven, have a trial period and an evaluation, and emphasize consistently that work will still get done and people will still be committed to the organization and not slacking off.

It is achievable, though, and can make a big difference in the lives of your employees. Make 2021 the year that you embrace the four day work week. 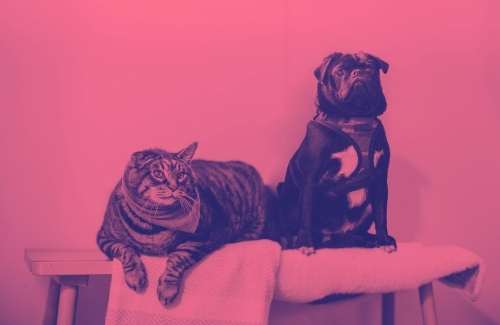 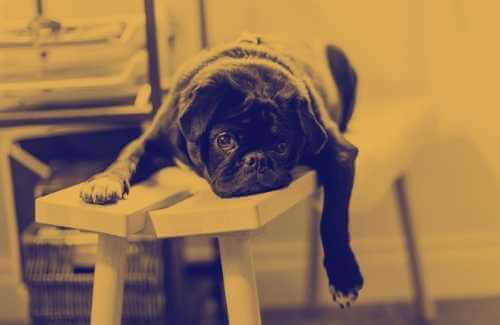 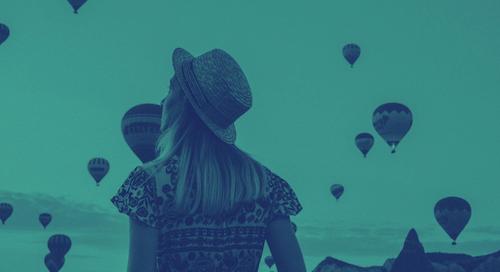 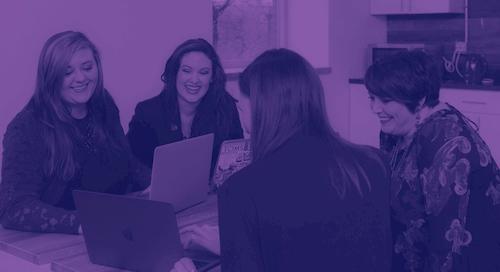