Discover (and improve) your leadership style

What was Steve Jobs’ leadership style? 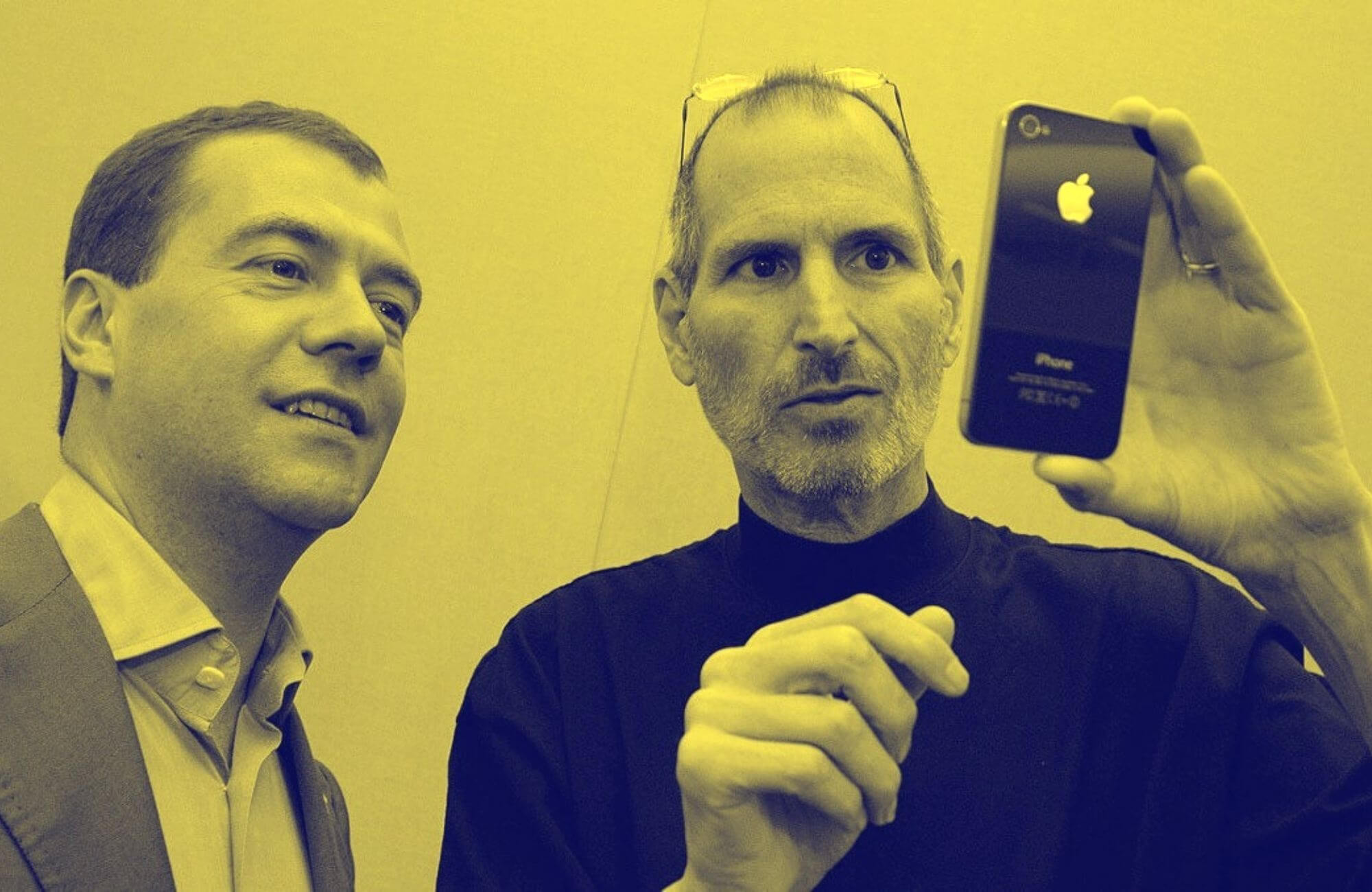 Steve Jobs leadership style is widely discussed, but many people misunderstand the driving motivations behind it.

There are a number of things that Steve Jobs, co-founder of Apple, is remembered for. His signature black turtleneck, his drive for constant innovation, and undoubtedly, his leadership style.

Many past employees have shared their accounts of what he was like to work for—and it wasn’t a cake walk. He was notorious for his high expectations, impatience, and relentless passion for his company.

“In the Macintosh Division, you had to prove yourself every day, or Jobs got rid of you,” wrote Guy Kawasaki, a former Apple employee and now chief evangelist of Canva, in a piece for CNBC.

“He demanded excellence and kept you at the top of your game. It wasn’t easy to work for him; it was sometimes unpleasant and always scary, but it drove many of us to do the finest work of our careers.”

Despite his determined and uncompromising reputation, there’s one fact that can’t be denied: Steve Jobs’ leadership style was effective. Apple tops the list of most successful technology companies of all time—even ahead of Google, Microsoft, and IBM

Needless to say, there’s plenty to be learned from Steve Jobs’ legendary career. Let’s break down what made him one of the most fierce and iconic leaders of his time.

What was Steve Jobs’ leadership style?

In terms of the more academic leadership styles, Steve Jobs’ approach is best defined as autocratic. He had a “my way or the highway” approach to leadership, and he believed that he was solely responsible for the decisions and direction of his team.

He knew that he was the one in charge, and he didn’t need to rely on collaboration and input from his team to keep things moving forward. He believed that work was more efficient and effective when he made all of the choices.

“Steve Jobs’ leadership style was autocratic; he had a meticulous eye for detail, and surrounded himself with like-minded people to follow his lead,” wrote Richard Branson in an article for The Telegraph.

Breaking down the details of Steve Jobs’ leadership style

That high-level definition already gives you a good sense that Jobs was a pretty demanding and rigid leader.

But, let’s sink our teeth into what really made him tick. Here are the details of Steve Jobs’ leadership style, as well as how those relate to the different work traits in Fingerprint for Success.

Steve Jobs quote: “Be a yardstick of quality. Some people aren't used to an environment where excellence is expected.”

Steve Jobs is often pointed to as the very picture of tough leadership, most of which is owed to his incredibly high expectations. He set the bar high for the people who worked under him, and was known for being ruthless at best.

In order for Apple to excel, he knew that his team needed to excel. So, he wasn’t willing to compromise on his expectations, and employees often had to work long hours, scrap ideas in response to his negative feedback, and tolerate a lot of harsh criticism. There are many legends of him firing interns following shared elevator rides, none of which have been definitively proven.

Jobs was also incredibly impatient, and wanted his employees to take action right away. He wanted them to work hard—and work hard now.

Steve Jobs quote: “When you’re a carpenter making a beautiful chest of drawers, you’re not going to use a piece of plywood on the back, even though it faces the wall and nobody will see it. You’ll know it’s there, so you’re going to use a beautiful piece of wood on the back. For you to sleep well at night, the aesthetic, the quality, has to be carried all the way through.”

As a result of his high expectations, Jobs was also a perfectionist to his core. He wanted everything Apple produced to be flawless.

That meant he obsessed over details—even the minute ones. Vic Gundrota, the man behind Google+, shared a story that captured exactly how much Jobs was attuned to details.

He noticed that the second “o” in the Google logo on the iPhone icon didn’t have the right yellow gradient, so Jobs immediately assigned team members to take care of it. That’s right—the co-founder of Apple noticed a single letter in one small icon. Talk about drive for perfection and an astounding level of attention to detail.

Steve Jobs quote: “Here’s to the crazy ones. The misfits. The rebels. The troublemakers. The round pegs in the square holes. The ones who see things differently. They’re not fond of rules, and they have no respect for the status quo. You can quote them; disagree with them; glorify or vilify them. About the only thing you can’t do is ignore them. Because they change things. They push the human race forward. And while some may see them as the crazy ones, we see genius. Because the people who are crazy enough to think they can change the world are the ones who do.”

Steve Jobs didn’t only change technology—he changed the world. And you can bet he didn’t do that by sticking with the status quo.

Jobs was a true innovator, and he had a very specific vision for the future of Apple. He reportedly saw a future with a computer on every worker’s desk (he wasn’t far off), and he tirelessly pursued that vision.

In these ways, he possessed some qualities of transformational leadership, where you identify and execute on change. Jobs wanted to improve upon things, rather than accepting them for what they were.

Steve Jobs quote: "Sometimes life hits you in the head with a brick. Don’t lose faith. I’m convinced that the only thing that kept me going was that I loved what I did. You've got to find what you love. And that is as true for your work as it is for your lovers. Your work is going to fill a large part of your life, and the only way to be truly satisfied is to do what you believe is great work."

There was a reason Jobs was so dogged about his work: He was insanely passionate about what he was doing, and his work aligned with his natural motivations. It was that passion that helped him ride the waves of Apple, including numerous lawsuits that could’ve pulled the company under.

Jobs believed strongly in the vision and mission of Apple, and was highly committed to its future. And he didn’t stop there—he expected that same level of commitment and enthusiasm from his employees.

Steve Jobs quote: “Have the courage to follow your heart and intuition. They somehow know what you truly want to become.”

While working for Jobs wasn’t a walk in the park, plenty of former employees and successful business leaders have spoken out about the fact that they were grateful to have known him or worked for him.

Why? Despite his rigid expectations and assertive or brash attitude, he was inspiring. His passion for his work was contagious, and the people who worked beneath him often describe it as a defining moment in their careers.

In fact, in an article for Forbes, Jobs’ former executive assistant says that Jobs was one of the most inspired and inspiring individuals she has ever met or worked for.

What you can learn from Steve Jobs’ leadership style

Steve Jobs’ is as notorious for his leadership style as he is for his black turtleneck. His approach wasn’t without its flaws, and it certainly doesn’t need to be emulated exactly.

However, there are plenty of lessons you can extract from the way he led his team and company, including:

Just because someone has the tech skills to do a certain task, doesn’t mean it will light them up. And if they work on something that isn’t a great fit for them for too long, it will drain them of energy and put them at risk for burnout.

On the other hand, someone who is naturally excited to work on a project will be able to sustain their passion for the work. They’ll even be eager to learn the tech skills needed to do great work.

The moral of the story? Assigning projects based on a rigid notion of a job title or role is a surefire recipe for stagnation and burnout. Tailor the role to the person, however, and get ready to watch your team thrive.

It’s safe to say that some elements of the way Jobs approached leadership were worthy of applause, while others would have benefitted from some softening and refining. He was by no means a perfect leader—but he was certainly effective and, perhaps most of all, memorable.

Eager to see how your own work motivations match up with Steve Jobs? Take your free F4S assessment today. 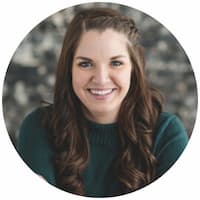 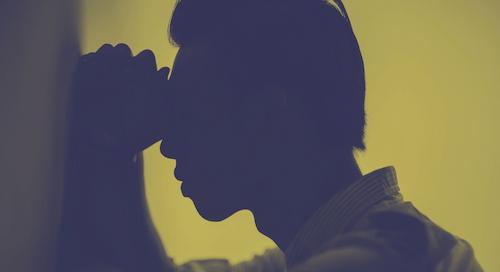 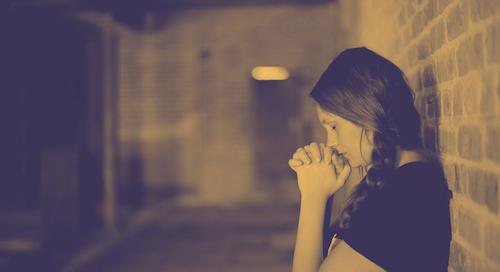 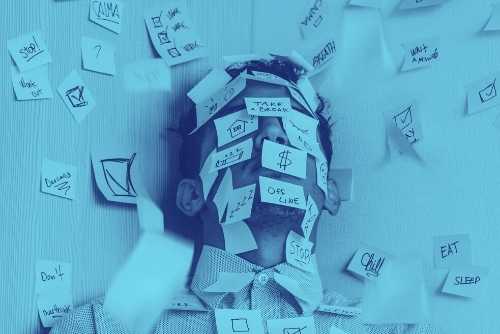 Discover (and improve) your leadership style