Unlock your resilience in just 20 minutes a week

Resilience: How to build yours and become crisis-proof (plus a Resilience Assessment) 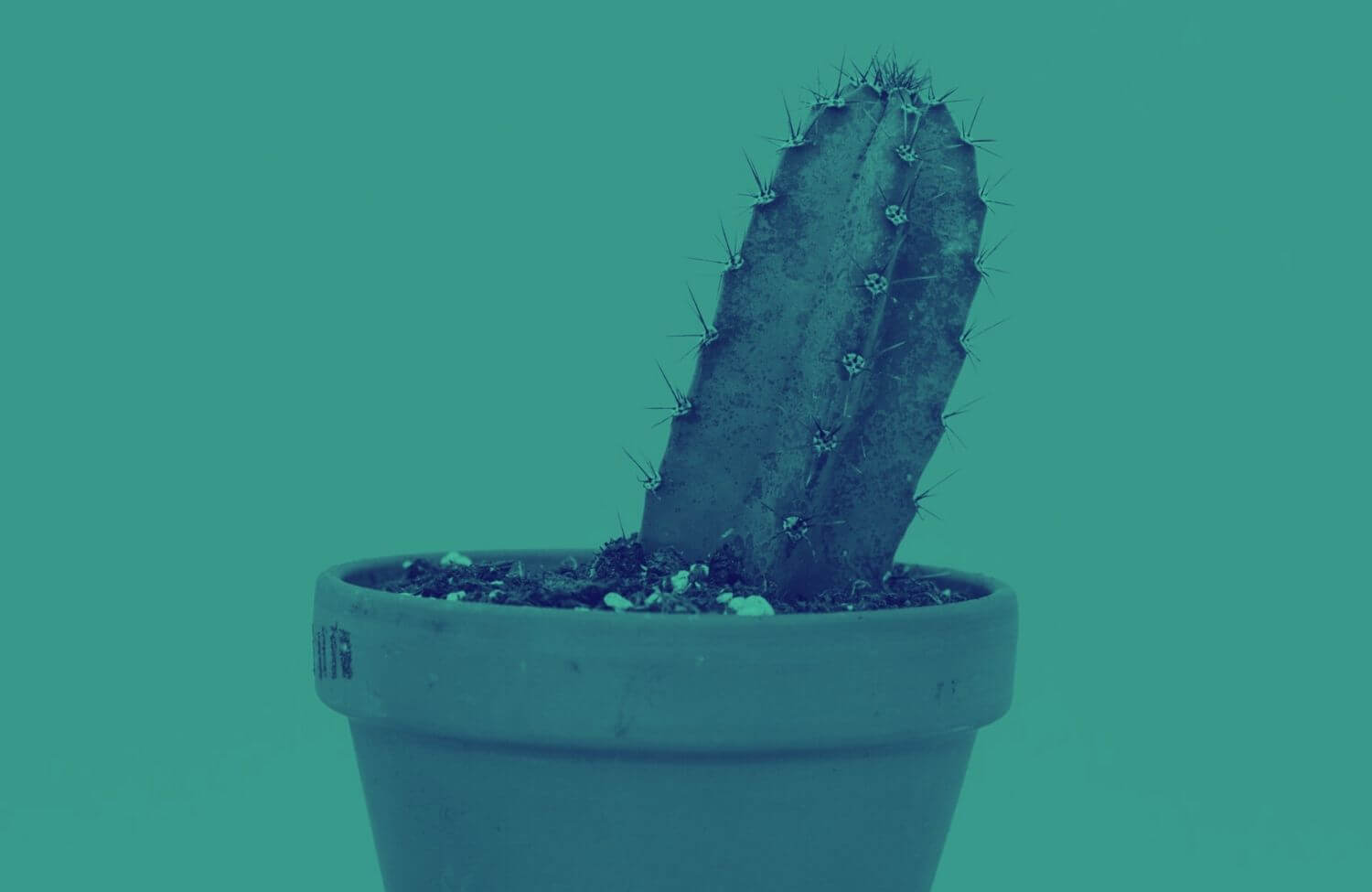 Resilience isn't just a personal matter, it matters for work too.

You didn’t get the promotion. Your grand idea failed. Your boss announced impending layoffs. When misfortune strikes at work, you may wonder, “How will I ever bounce back from this?”

Adversity is inevitable, but we all have something that makes it less likely that setbacks will hold us back forever: resilience.

The American Psychological Association defines resilience as “the process and outcome of successfully adapting to difficult or challenging life experiences, especially through mental, emotional, and behavioral flexibility and adjustment to external and internal demands.”

Why do we need resilience in the workplace?

We need resilience because we live in stressful times—and it’s costing us. Big time. The American Institute of Stress places the price tag at more than $300 billion annually in the U.S., caused by things like absenteeism, accidents and turnover linked to workplace stress.

When a new product turns out to be a dud, when team morale is at an all-time low, when a pandemic shuts down an entire workforce (ahem, Covid-19)—that’s when you’re going to want a resilient team. But don’t wait until crisis strikes to call upon resilience. You can start building it up within your organization right now.

How to build resilience in the workplace

Often, the way you view something that’s happened to you affects your ability to be resilient. For instance, if you take a risk on a new work project and the outcome falls short of what you expected, you can view it either as a failure or a learning experience.

If you see it as a failure and you happen to work in a company culture that labels failure as bad, you’ll probably avoid taking risks in the future. If, however, you see it as a learning experience, you’ll feel gratitude and apply those lessons to future projects. It’s all in how you frame it.

As Maria Konnikova writes for The New Yorker:

“Frame adversity as a challenge, and you become more flexible and able to deal with it, move on, learn from it, and grow. Focus on it, frame it as a threat, and a potentially traumatic event becomes an enduring problem; you become more inflexible, and more likely to be negatively affected.”

If your organization is accustomed to punishing failure or hasn’t taken a firm stance on the matter, it may be time to reframe failure; it’s one of the elements that create psychological safety in the workplace. Amy Edmondson, who coined the term “psychological safety,” explains it this way in an article for Lean.org: “Unless a leader expressively and actively makes it psychologically safe to fail, people will automatically seek to avoid failures.”

And if you want your team to be innovative, failure is the last thing you want them to fear.

#2 Recognize that this setback will probably have little effect on you in the long run.

Call to mind the last personal or professional failure that made you think, “Things will never get better for me.” Looking back on it now, do you still feel the same level of devastation? Research shows probably not. In the heat of the moment, humans tend to overestimate how much a single event will affect them later on, something known as “impact bias.” We also are subject to something known as adaptation, where no matter how positive or negative a life event is, we tend to return to the same baseline happiness.

In one study published in the Journal of the European Economic Association, researchers Reto Odermatt and Alois Stutzer asked participants who had been laid off from work to forecast how satisfied they would be in five years’ time. When those participants were surveyed five years after losing their jobs, their life satisfaction was higher than they had predicted it would be.

As strange as it may seem, you can take comfort in this bias. If you’ve faced a setback recently, though it may feel insurmountable now, one year later, you may feel differently about it. So the next time something doesn’t go your way, ask yourself, “Will this matter five years from now?”

#3 Focus on what's good about yourself.

Convince yourself you’re awesome. In psychology speak, this is known as “self-enhancement.”

In a review of social cognition literature, researchers Shelley Taylor and Jonathon Brown found that when people have unrealistically high perceptions of themselves, it can actually serve as a buffer against adversity. Taylor and Brown conclude that “the mentally healthy person appears to have the enviable capacity to distort reality in a direction that enhances self-esteem, maintains beliefs in personal efficacy, and promotes an optimistic view of the future.”

One way to “distort reality” in your favor is through positive self-talk or affirmations. These serve to enhance your view of yourself. For example, you’re trying to tackle a challenging task, instead of saying to yourself, “I don’t have what it takes,” you could say, “I will succeed at this task because I’m a quick learner, and I can ask for help if I need it.”

Catch yourself every time you’re partaking in negative self-talk (e.g., “I’m terrible at this” or “I’m a failure.”) And try to flip the statement around by saying something good about yourself (e.g., “I’m getting better day by day” or “my being here proves I’m a success at something.”)

The purpose of self-enhancement is not to encourage arrogance or narcissism; rather, it’s a way to introduce positive feelings to balance out the negative ones that adversity will throw at you.

When faced with negative events, resilient people know how to reach out to their support network. Learn to lean on your friends, family and coworkers when you’re going through a tough time at work.

Just having someone supportive with you during a challenging task can reduce your stress levels. One Carnegie Mellon University study tasked college students with delivering a speech in one of three conditions: alone, in the presence of a supportive confederate and in the presence of a non-supportive confederate. Before and during the public speaking task, those who had support from a study confederate had smaller increases in blood pressure than those without support, meaning they were less stressed.

In London, a study of over 10,000 civil servants found that those with high social support at work were less likely to take leave due to psychiatric illness. All the more reason to have a work bestie!

And when it comes to social support, focus on quality over quantity. Researchers in Michigan surveyed more than 4,600 American adults, and at the 10-year follow-up, made this sobering discovery: Participants with the lowest quality relationships had more than double the risk of depression.

#5 Look for meaning and purpose.

Painful events lose their sting when you can derive meaning from them. In a panel about the subject, Dr. Catherine Panter-Brick, a resilience researcher at Yale University, explained: “What matters to individuals facing adversity is a sense of ‘meaning-making’—and what matters to resilience is a sense of hope that life does indeed make sense, despite chaos, brutality, stress, worry, or despair.”

One practice you can try is known as “benefit finding” or “finding silver linings,” where you examine an adverse event and come up with good things that happened as a direct result of that event.

For example, let’s say you deeply regret not applying for that better-paying position that opened up at a different company last fall, and now, you’re going through a rough patch at work and wish you’d left when you had the chance. Perhaps you ruminate over how much better life might’ve been and constantly berate yourself for not having applied. By looking for the silver linings, you may realize that if you had left your current company last fall, you wouldn’t have had the opportunity to oversee a major product launch that was a huge success thanks to your hard work, and you wouldn’t have met your new coworker who is now a close friend. After finding the silver linings, you might decide that staying in your current role helped you to learn how to be happy with what you have.

Finding meaning in a difficult situation doesn’t take away the fact that it happened; it simply reframes how you view the adversity so that you can cope in a more healthy way.

#6 Focus on what you can control.

If you’re prone to feelings of helplessness when you face adversity, you may have an external locus of control. To counteract this, focus on what you can control in the situation. For example, let’s say, because of the economic downturn, you’ve been laid off from your job. This is objectively a bad event that understandably might make you feel powerless. After all, you lost your job through no fault of your own.

While you can’t control the economy, here are some statements that help you focus on what you can control:

#7 Acknowledge what you’re grateful for.

The last thing anyone wants to hear when they’re suffering is, “you should be more grateful.” So let’s preface the following gratitude advice with this: Whatever happened, you’re allowed to feel all your feelings and grieve before moving onto gratitude. In fact, that’s probably a much healthier way to cope than just jumping straight to listing things you’re thankful for.

Research has shown that gratitude has loads of mental health benefits. For the purpose of building resilience, in particular, let’s look at a 2019 study published in the International Journal of Applied Positive Psychology. Researcher Jeffrey Klibert and colleagues wanted to see how gratitude affects positive emotions and coping resources (like resilience) after a positive experience.

So what was the gratitude intervention? It was simple: Subjects were asked to “mindfully reflect upon and identify different factors for which they were grateful or thankful.” That’s all it took to boost their resilience!

It’s important to note that this experiment was conducted after a positive experience. That’s because the study authors were interested in something called “upregulation,” where you try to hold onto or increase positive emotions. But that doesn’t mean you can’t practice gratitude after a negative experience too. Making a list of things you’re grateful for after positive experiences is still good practice, though. Think of it as building your resilience muscle so it can support you when things get tough.

If you’re a manager, consider building gratitude into team meetings. For example, you could begin every weekly all-hands with an ice-breaker where everyone takes turns stating one thing they’re grateful for that week.

Tap into your team’s resilience

Stressful times call for resilience—and it’s not something you either have or don’t have. Everyone has some capacity to be resilient (you’ve overcome something difficult in your life before, right?).

If you want a workforce that can bounce back from adversity and perform at its best, it’s all about building up the resilience that’s been there all along.

Sign-up for F4S for free to help bring out the best in yourself and your team.

Unlock your resilience in just 20 minutes a week