17 working from home statistics: How working remotely has changed the workforce 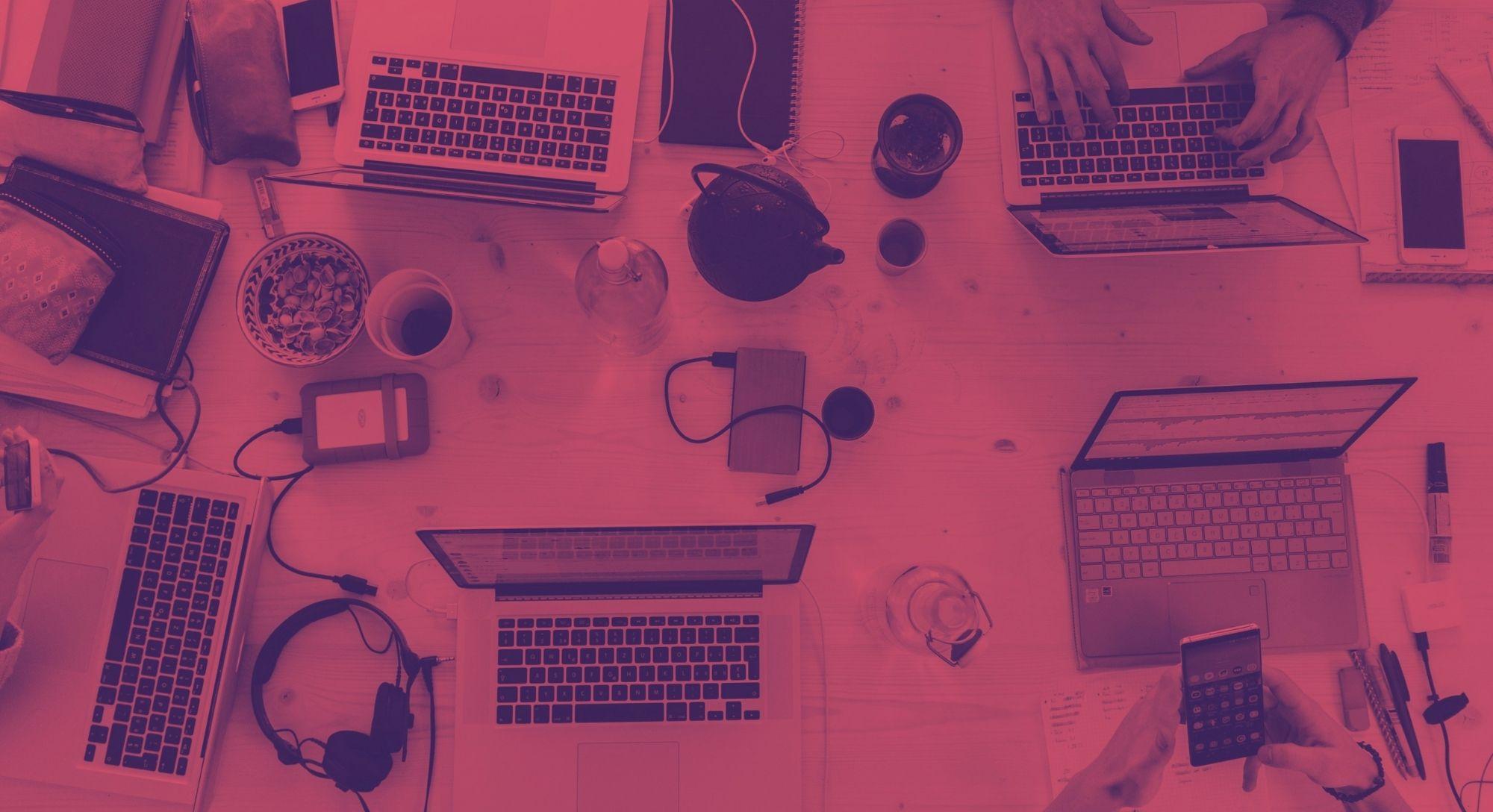 Working from home statistics: Let’s start with the basics

We all inherently know that COVID-19 shifted a tremendous amount of thinking and doing around work, but … how significant is it, really? Fairly significant.

Let’s begin with some working from home statistics, and then we’ll go more into what it all means going forward (because, despite what some corners of the Internet may tell you, COVID is not yet over).

These statistics reveal a tremendous amount about what COVID did to work, where work and remote work might be headed in the future, and considerations and problems we need to address as remote work scales even more globally. Let’s unpack some of these working from home statistics in the broader context of the remote work revolution.

An important level-set: Not all jobs can be done remotely

Often in remote work revolution discussions, it can appear as if the author is claiming that every single job can be done remotely. That’s not possible, as people still need to work in bars, work in restaurants, flip burgers on grills, and deliver packages. Actually, that last one is a relatively important job function headed into the holiday season.

You cannot ship packages via Zoom or Microsoft Teams, at least as of yet. So not every job can be done remotely, and that’s important to remember up front.

Work from home statistics and productivity

This is an important subsection to dive into.

Oftentimes, when managers in a company make an argument against remote work, the argument goes along the lines of “I need my team together” or “If I can’t see those people and what they are specifically working on, how will I know if they’re productive?”

There is certainly validity to in-office work, and the random, spontaneous interactions that can lead to breakthroughs and new ideas. Pixar’s offices, famously, were designed to encourage random collaboration. People make work friends, and friends at work are powerful drivers of success: one study claimed that having a friend you see on most days (i.e. a work friend) is akin to making $100,000 extra per year. Similarly, MIT has found that the best companies use a “relational approach” to onboarding, whereby the focus in an employee’s early days is on building relationships with co-workers, as opposed to learning process and protocol.

So maybe managers are right to argue that teams need to be together, and that in-office workers will be more productive. Right?

Not necessarily. SHRM found in September that productivity had not dropped during the COVID shift to remote work. Now, that picture is not necessarily fully rosy, because some of the productivity is the result of longer hours -- up to three more hours of work per day -- and the flip side of longer hours is increased work burnout. Is the employer getting more productivity? It seems so. Is that always good for the employee? That’s a case-by-case basis.

There’s a nuance to this discussion around working from home statistics -- remote workers are often willing to work longer hours to get things done, in part because of their freedom during conventional work hours. If you can leave your house to run errands for a bit, or stop down for 30 minutes and watch a favorite show, that’s a break that you wouldn’t necessarily get easily in an office environment. In exchange for some of those mid-day benefits, workers are often willing to put in a bit more on the back-end of the day, hence some of these statistics.

We know from research that the ideal work productivity balance is 52 minutes on, 17 minutes off. That’s hard to achieve in offices, where you can get called into new meetings or projects consistently, and thus it’s hard to focus on one project for 52 minutes, then take a 17-minute break. However, when working remotely, that’s a lot easier -- hence productivity and engagement can rise.

One landmark study of working from home, which ultimately showed a 13% increase in productivity, saw a lot of said productivity coming from fewer distractions, thus the ability to focus on more tasks (or one task more deeply) throughout periods of the work day. Commutes are also eliminated, lunch breaks tend to be shorter, and there are fewer sick days; all of those are tied to upticks in productivity.

As for the managerial argument that if you can’t see your team, they are probably goofing around? That has always felt to us like those managers need more trust in their teams, and need to understand the promise of remote work productivity.

Begin by considering this article on “emotions as power” and chronic stress, specifically this part from Vivek Murthy, a former U.S. Surgeon General:

“The reason loneliness is important for us to think about is it’s right under our noses,” Murthy said. And it is a growing epidemic: In the 1980s, 20% of adult Americans said they were lonely, he said. Today, the percentage has doubled to 40%, “despite the fact that we live in the most technologically connected age in the history of civilization,” he said. “It’s because technology in some ways has been looked at as the solution to connection. We have a lot of social media platforms. But the problem is that we have forgotten that not all relationships are the same.”

This has been referred to as “the paradox of the modern age:” we are more connected than ever in terms of technology and devices, and yet we have much-higher reporting of loneliness and depression. Some of that is no doubt tied to waves of COVID and lockdowns and less options for entertainment and socializing outside of your home, yes.

But there is a connection between increased remote work and loneliness. The research canon is mixed on this somewhat, with Gallup claiming it’s “not common” for remote workers to feel lonely, and Buffer finding it increasingly common to feel lonely as a remote worker. In short: it varies by person and situation.

You don’t want lonely workers, because, per UPenn research, loneliness can reduce task performance, limit creativity, and impair other aspects of executive function such as reasoning and decision making. You may have also heard that loneliness and weak social connections are akin to smoking 15 cigarettes per day, health-wise.

What can employers do to decrease loneliness among distributed teams and remote workers with an unclear potential return date to an office?

The dark sides of working remotely: Class and gender divisions

This bore itself out in some of the working from home statistics above.

As noted in an article ominously titled “The dark side of WFH,” those with more resources tend to feel significantly less affected by COVID working shifts. To wit:

People in senior roles and those with strong networks in their companies feel somewhat unaffected by remote working as they continue to exert influence in the organization, push through ideas, and get heard.

One EVP remarked to us, “In some ways WFH feels about the same. My team and I know each other well, and they pretty much know what I want. So I give them my ask and they come back with very good output!”

However, those without such a network, either due to lack of rank or tenure, find it difficult to build one. On video calls people tend to interact only with those they know, which inherently alienates those who aren’t already in the network. Over time, this leads to a tightening of existing networks, not an expansion or creation of new ones.

There have been “working remotely is class warfare” arguments since March. The New York Times mentioned it, and in June Digiday noted that “the class war has arrived at work.”

One of the ugliest working from home statistics: Gender equality is taking a step backwards.

The other dark side of the working from home statistics is the gender equation. Even before COVID, the relationship of gender and working remotely had been tough. Consider one study, exploring data on gender and remote work from 1996 to 2006:

Similarly, some have called the accompanying COVID recession a “she-cession,” because it’s so disproportionately affecting women.

The Federal Reserve Bank of Minneapolis even wrote a paper during COVID called “Why is mommy so stressed?” Women in general, but especially working mothers, are found to be working longer hours, with more stress and less flexibility, and quitting their jobs at a higher rate to focus on caring for either children or elderly parents/other family members.

So, is working remotely truly the future?

That’s a great question that many are asking, although very few concrete answers exist, and it will vary tremendously by situation, industry, and geography of the company.

Here’s what we do know: many companies, including some of the biggest in the world, are working from home until at least the middle of 2021. REI, the outdoor clothing retailer, built an elaborate new HQ -- then, surprised by the productivity of remote work, they sold the buildings to Facebook. Even if vaccine scaling begins in January 2021, many are expecting remote work to continue until at least July, if not the entirety of the year.

The commercial real estate picture that surrounds a decline of in-office work is not as clear. More commercial developers and agents will move to industrial or storage as opposed to office space, in part to provide logistics for the massive amount of e-commerce brands now entering the market. The commercial industry is by no means dead, but the office space portion of the industry may be on pause for a while.

There will be an increasing amount of research and studies about working remotely, gender impacts, loneliness, general mental health, and productivity. Expect hundreds of such studies to come online in 2021 and beyond. We will probably see more research on whether a specific type of employee -- i.e. self-guided, focused, etc. -- has an easier time working remotely. We have some research of that type from the American Psychological Association, but more will surely come out soon.

We are almost a year into a remote work revolution, and the impacts and repercussions of that will be felt in housing, politics, compensation models, mental health, industry consolidation, office space usage, and more for 1-2 generations to come.

The above was a guide to some of the working from home statistics and trend lines that are most helpful to know as you think about the immediate and long-term future of your organization.

Increase your productivity and enjoyment of working from home with FREE personal coaching from the world's first AI-powered coach — get started now.