The matrix organizational structure was hot, then fell out of favor. Can it still work? 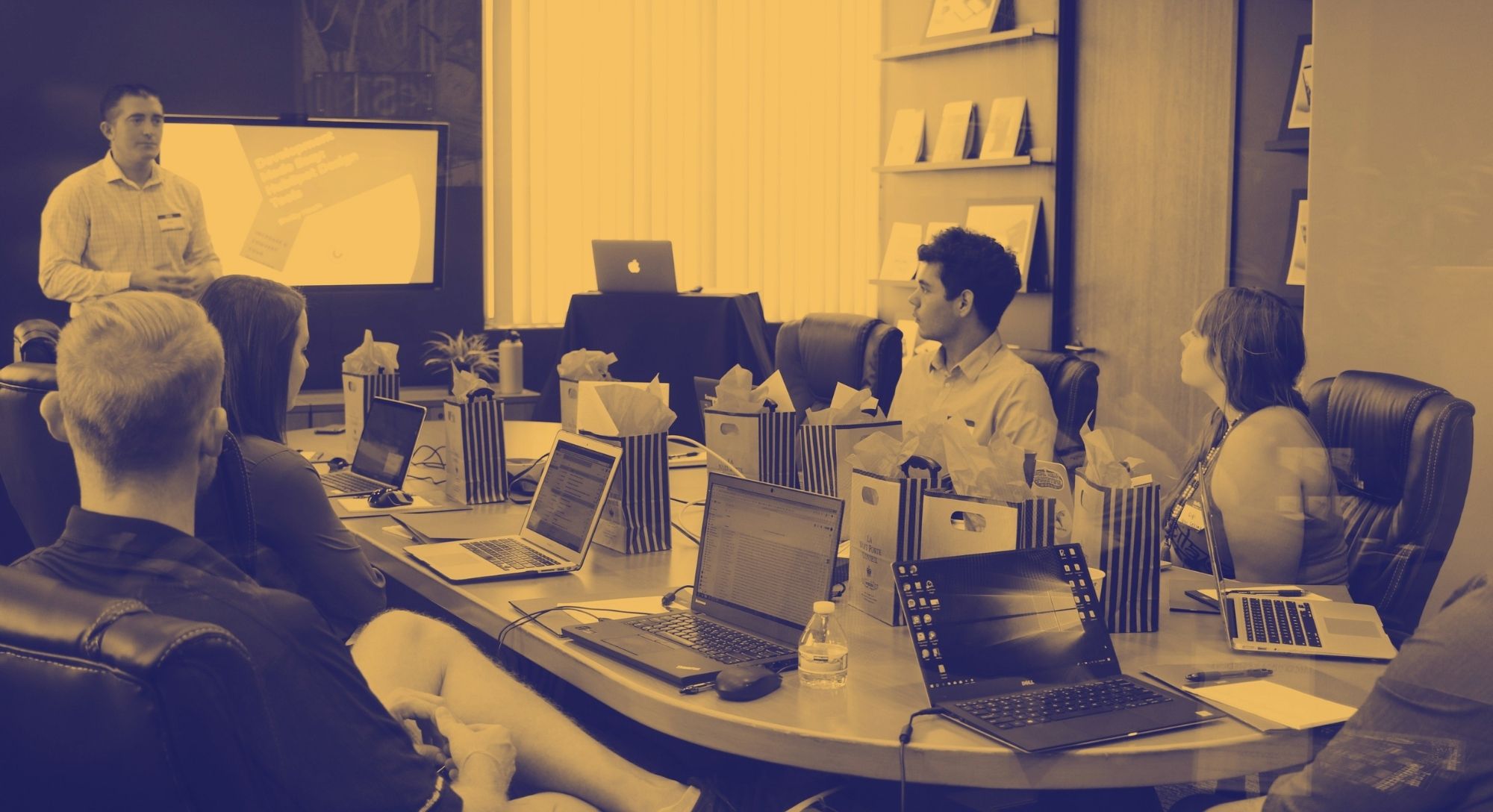 What is a matrix organizational structure?

A matrix organizational structure, or “matrix management,” is a way to organize individuals in a business whereby they report to more than one person. Oftentimes this is framed up as having a “solid line” reporting relationship to your direct boss -- that being the person who does your reviews, etc. -- and a “dashed line” or “dotted line” relationship to other bosses, functions, and silos that you need to work with regularly. Sometimes you’ll hear this whole concept described as “working cross-functionally.”

The matrix organizational structure was initially developed in aerospace in the 1950s, but gained wider exposure in the 1970s. Specifically, Digital Equipment Corporation became a pioneer in early software development using this organizational model, creating groundbreaking systems like PDP and VAX.

By 1994, though, the then-CEO declared the matrix organizational structure to be “dead” at his company. Why? Because even though they had created awesome products using it, it ultimately became a chaotic, frustrating environment for employees and executives alike, where decisions were debated endlessly between silos and nothing tangible seemed to get done.

Similarly, Nokia tried a form of matrix organizational structure, calling it “Matrix Management 2.0,” and that largely flopped for them. As far back as 1978, Harvard Business Review was authoring articles entitled “The Problems of Matrix Organizations.”

It does now seem that the matrix organizational structure has fallen into disfavor. What are the potential advantages, however? And why did it come to be less-adopted across different industries?

The advantages of matrix organizational structure

The biggest advantage of the matrix organizational structure is collaboration. It allows individuals and teams to cross out of their core business unit (silo) and work with others. This has been particularly important in the last 20 years, where IT touches virtually every other function, as does marketing/messaging.

Even in the call center industry, typically not the most strategic or leading corner of the business world, you’re beginning to see front-line agents -- who deal with customers every minute of every day -- become involved in sales, product, and marketing discussions. This is logical, obviously: they talk to real customers way more than people on those teams do. In this way, the agents operate in a matrix organizational structure where the head of the call center is their primary boss (solid line) and managers in other divisions are their dashed-line bosses.

Another advantage is the combination of a project management structure with a functional management structure. The theory goes that project managers shouldn’t be doing “normal managerial things,” i.e. back-of-house, logistics, budgeting, payroll, employee reviews, and the like. Meanwhile, managers who excel at those elements of work should do them, and not be managing projects. When it works properly, people-focused managers can work on people issues, and project/deadline-focused managers can focus their energy there. Everyone should win.

Similarly, employees and managers can develop new skills under a matrix organizational structure. Maybe you have reporting relationships to engineering, marketing, and sales -- and your strength is in marketing. Through those other relationships, you can bolster skills in sales and engineering, and set yourself up for a career pivot if need be.

The final advantage is that employees keep their functional roles throughout the course of a project. When a specific project ends, people can return to whatever they were focusing on before (or concurrently with) the project.

The matrix organizational structure evolved in aerospace because of the complexity of the projects, and the need to find novel solutions to handling said complexity. But over time, matrix management fell out of favor with those seeking to battle complexity. How did that happen?

The disadvantages of the matrix organizational structure

The notable ones are:

Having multiple managers means you need to “manage up” to different individuals with different approaches/styles. It also means that the managers need to communicate with each other; otherwise, one may define a task as “urgent,” but that manager doesn’t know all the stuff you’re working on for another manager.

There is a lack of role clarity that can create prioritization issues. Should Bug A or Bug B be dealt with first? If too many managers are saying different things, neither bug might be dealt with -- creating a poor experience for the end user. Now, it is depressingly true when Harvard Business Review writes that “Only 8% of managers can align strategy and execution,” and in many companies, that’s the root of all confusion. Now add multiple managers who are potentially not aligning the bigger picture of the work with the tasks that underscore the work, and confusion can become “chaos” somewhat quickly.

Whenever you involve multiple people in a work process, that also means you now have multiple opinions and ideas about how, why, where, and when the work should unfold. While collaboration is generally considered a good thing in business, too much collaboration can slow decision-making because so many stakeholders need to weigh in with their view on what’s happening.

If an employee needs to run everything by his/her solid line manager and dashed line manager, that also adds time and slows decisions. (Paradoxically, this is also a problem with Big Data. Even though we think it’s making our decisions more targeted, it’s also more information to evaluate and analyze, which slows down decision-making.)

It creates a confusing vortex of “who reports to who,” and while it’s true that some bigger companies have recently been removing the performance review entirely, employees need to know who “owns” their performance in terms of potentially advancing in the company.

You might not expect Groupon to do studies about work stress, but they have done just that. In one such stress study, here were some notable findings:

And that was conducted before the pandemic! Now people are even more anxious and lonely. A big reason for all this overwork was unclear, competing priorities -- which can easily happen when you have multiple bosses and reporting structures.

That was another attempted organizational structure popular around 2010-2013 or so. It was made popular by Zappos, and essentially it’s self-management, with “circles” instead of top-down managerial structures. Some people were calling it “the future of management,” but at Zappos it ended up largely being a social experiment gone awry.

The problem is that the vocabulary was confusing to people -- “What is a circle? Who is my true boss?” -- and compensation models were very hard to manage. Typically, you make more money for having a certain amount of direct reports. If no one really has direct reports anymore, how can people make more money? It can be project-based, but some may find it hard to run a large company budget like that.

Some of the problems with holacracy mirror the problems you see with the matrix organizational structure. Namely, it creates confusion and cross-talking when it should be creating collaboration and end product value. (And think how hard it makes onboarding: “Well, Nancy, you have four bosses, in reality…”)

The bottom line on the matrix organizational structure

It could potentially work for your company, but you need to figure out what works best for the people you have on the team now -- talk to them, send out surveys, use a Fingerprint for Success assessment to learn more about them, etc. You cannot “square peg, round hole” an organizational approach and the people who will be working within it. It needs to make sense to them, and have logical reporting routes and potential for individual advancement / incentive structure. If that works for your business within a matrix organizational structure, more power to you! If something else, or something more conventional, works better … go with that.

For as long as we’ve been working in big organizations, no one has figured out a perfect structure model -- in part because every organization and its employees are inherently unique, and in part because work is a mix of processes and emotions, and corralling all of that into a model that works for everyone would be impossible. Find out how your people like to work and how your teams deliver the best end results, and maximize that structure.

With F4S you can measure your team’s work style — sign up for free today.